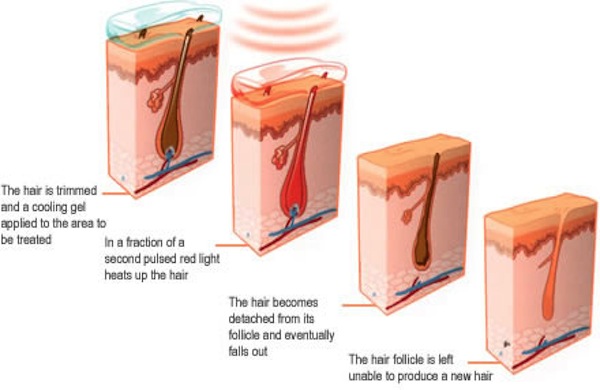 The cause of rosacea { facial redness } is unknown.
Various theories have suggested that rosacea is caused by bacteria, mites, fungus malfunction of connective tissue ,or psychological factors. However non of these theories have been proven.

It seems likely that there is no single cause of rosacea and that it develops in individuals who are susceptible due to a variety of factors such as heredity, skin colour, skin structure, climate, food, drink ect. Rosacea is a long term disorder and generally tends to worsen over time.

However, in most people, the condition is cyclic- the disease may be active for a time , go away, then be followed by another period of activity. Such increases in activity, called flare ups , are common in Rosacea.

Certain things are known to aggravate Rosacea in some individuals.

These include consumption of hot liquids, spicy food or alcoholic beverages; being exposed to extremes of hot and cold; exposure to sunlight; and stress. In general , actions that produce a facial flushing or irritate facial skin should be avoided by Rosacea affected skins.

Rosacea generally develops in adults and may effect anyone from 20 to 70years old. It seems to affect fair skinned people more often then it affects people with dark skin, though it can affect all skin types. Most rosacea sufferers have a history of blushing more easily and more frequently than the average person.